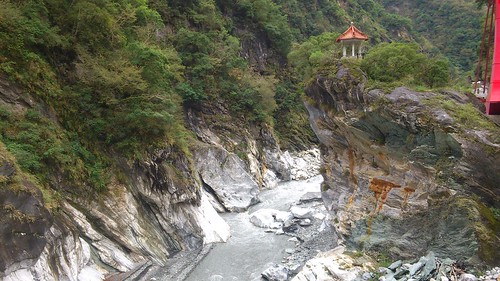 Taiwan was one of the more expensive places I visited in Asia compared to Cambodia and Thailand, but still much cheaper than Europe of course. Food and drinks were higher in Taipei of course more than the smaller cities. In Taipei, drinks could range from $2.00 to $4.00 US whereas the same drinks or a full plate of food in smaller cities like Kaohsiung would cost $1.50 to $3.50. Our friends went on package tours at the national parks and Green Island which cost a bit more than making your own tour.

All of the costs are listed below are in US dollars.

Food in Taipei and Kaohsiung 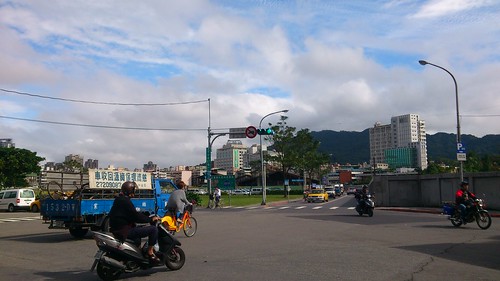 I’m catching up on blog posts I should have posted months ago from different countries over the next few months. I hope you don’t mind.

In Cambodia, Laos, Indonesia and Thailand, I could get a local phone number for a few dollars and be done. The any rules of the road are governed by the people who are on the road and the speed limits are whatever people feel comfortable with, even if it’s 90 km/hour on a scooter (more commonly referred to as mottos in Asia). So I was a bit culture shocked coming to Taiwan in December, a country with enforced regulations that people actually follow.

After being in Taiwan for a few days, my reaction to enforced rules was:

“What?! You have to show two pieces of ID just to get a phone number?”

“What?! There are traffic lights here and people actually follow the road rules? It takes forever to cross the street.”

But it is refreshing and good to know there are some places with some sense of order.

Piano player at one of the train stations. I would love to see more public art and hired musicians in Vancouver, Canada at our bus and skytrain station to complement the wonderful buskers.

Taiwan has one of the cleanest and easiest transportation systems I have ever seen. The train lines, high speed rail and slow trains that connect to different parts of the country make it very easy to travel. This is the first country I’ve seen between Cambodia, Laos and Thailand that really accommodates pregnant women, people with disabilities and the elderly very well.

There is also great public art and unique designs at the train stations that make the place more vibrant.

I really appreciate places with smart and functional design and the public bathrooms in Taiwan are among the cleanest and smartly designed. I know it seems weird for someone to write about bathrooms but after doing my business in every type of bathroom you can imagine, you appreciate common comforts like toilet paper.

Just when I thought they couldn’t make the bathrooms any more convenient, anther train station bathroom surprises me because it has real-time bathroom stall updates so you know which ones are free and which ones are occupied. Wow.

Bathroom at the train station.

This is the first “help” button I’ve seen in a public bathroom stall. Very considerate. Though aside from an elderly person falling, I’m wondering what other situations would require people to use this convenient feature. Hmmmmmm.

The best automatic dryer I’ve ever used. Your hands are dry within seconds.

Ha! I’ve been to my fair share of bathrooms around Asia and some have unique features. But this is the first time I’ve seen live bathroom stall updates in Taipei, Taiwan at the metro station. Before you go to the bathroom, you can check which stalls are free by looking at the ones that have a green light.

How proactive of the potty designer.

Ha! This is must be one of the tastiest Christmas trees ever. My friend and I saw this outside one of the bakery shops in Taipei and the sign says, “Please do not sample.” So tempting.

To all my friends and family around the world of all faiths, I wish you a wonderful time with your family, friends, good health, fearlessness, and a positive journey towards your dreams.

On the Mass Rapid Transit (MRT) train, it’s very quiet and people often look serious. The people on public transit reminds me of the atmosphere in Vancouver, Canada. It’s considered rude to speak loud and often the transit signs tell you to put your cell phone on vibrate.

In the nine months I’ve spent in Cambodia and Indonesia, I’ve gotten so used to seeing people with the most genuine smiles wherever I went, whether they were just say hello in passing or if I was visiting a friend.

When I lived at my Khmer (Cambodian) friend’s house, I would feel very rude if I didn’t look people in the eye and smile as I passed them. In Vancouver, Canada where I’m from, people generally look straight ahead and mind their own business. If you try and talk to someone you don’t know on the street, they’ll often think you want something from them or give you a weird look.

In Lombok, Bali and Yogyjakarta in Indonesia, as soon as you sit down at a very local market or hangout and someone notices you’re a foreign visitor, she or he will immediately ask where you’re from and have a conversation with you. It’s friendly and fun. Even if the police tries to find an excuse to fine a foreign visitor, my friend said, “If you don’t smile and talk with them, they are more likely to give you a fine. If you are friendly back, they will often let you go.”

The friendly kids in Lombok island in Indonesia who ran and biked towards us to talk and laugh with us.

The minute I’ve landed in Taipei, I feel the efficiency and speed of the city. There’s a sense of rush with the passengers and people generally don’t smile at each other, say “please” and “thank you.” The staff are quick to process people’s passports and unlike Cambodia and Indonesia, I feel like if I ask simple questions, I’m wasting their time. I do, however, appreciate the efficiency and speed of the service.

It’s a different culture and it’s interesting for me to experience these contrasting behaviours in short periods of time. I’m not saying that not greeting each other is necessarily bad, it’s just different, but not my preferred way of interacting with people. Though my friend said the way people drive in parts of the city, they’d rather risk hitting a pedestrian than risk being late for their next destination. But this is the city and like many countries around the world, big cities have a different culture on their own compared to more rural parts or smaller cities.

My friend Sopheak’s wonderful family who welcomed be in their home in Banteay Meanchey, Siem Reap. They, like many Cambodians I know, love laughing and joking around.

I’m seeing my best friend in Kaohsiung and she said her Taiwanese friends have been so sweet to offer to lend her their pillows, their bigger rooms and other items when they found out I was visiting. They’ve asked her, “Do you need an extra pillow? Do you want to switch rooms because I have a double bed?” I’m looking forward to experiencing the atmosphere in Kaohsiung soon and how it may differ from Taipei.

So far in all the places I’ve been, I would prefer to be long term in a place where people smile at each other when they pass and say hello.